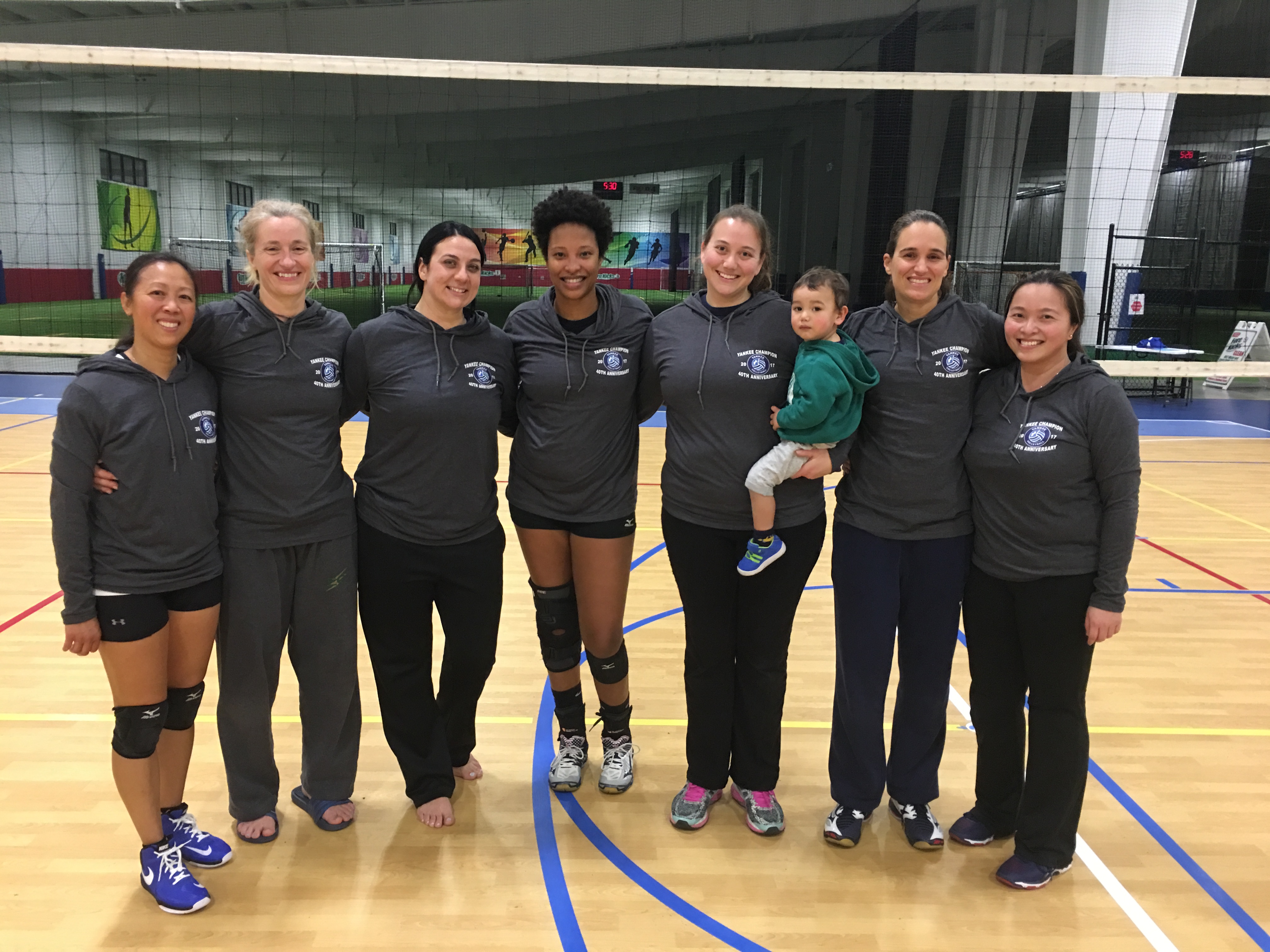 On a day when Brady and Bortles were battling for the AFC Championship in Foxboro, another somewhat more significant competition was concluding just down the road in Taunton.  April Brown was trying to put together an epic Brady like comeback in a best of three finals where "That Ace Tho" who lost the first set 17-25, put together a second set plan to defeat the opponent 25-22.  The crowd was cheering, tensions were high, a large gathering had formed in front of the Forekicks monitors near the entrance.  I can only presume they were watching the Women's B-.  But although Brown was having what one commentator called "the game of her life”, it wasn’t enough.  Enter Elsa Chan and her well-constructed team.  Earlier in the day they struggled.  So much that they had to play on the road in their semi final match as they came out second in pool.  But Chan is no stranger to adversity. You could hear the crowd chanting in the background “get your roster in!”  But there was no stopping this freight train of a team.  Half n Half.

That Ace Tho defeats Dirty Half Dozen 25-19

Half n Half defeats High Spirits 25-13