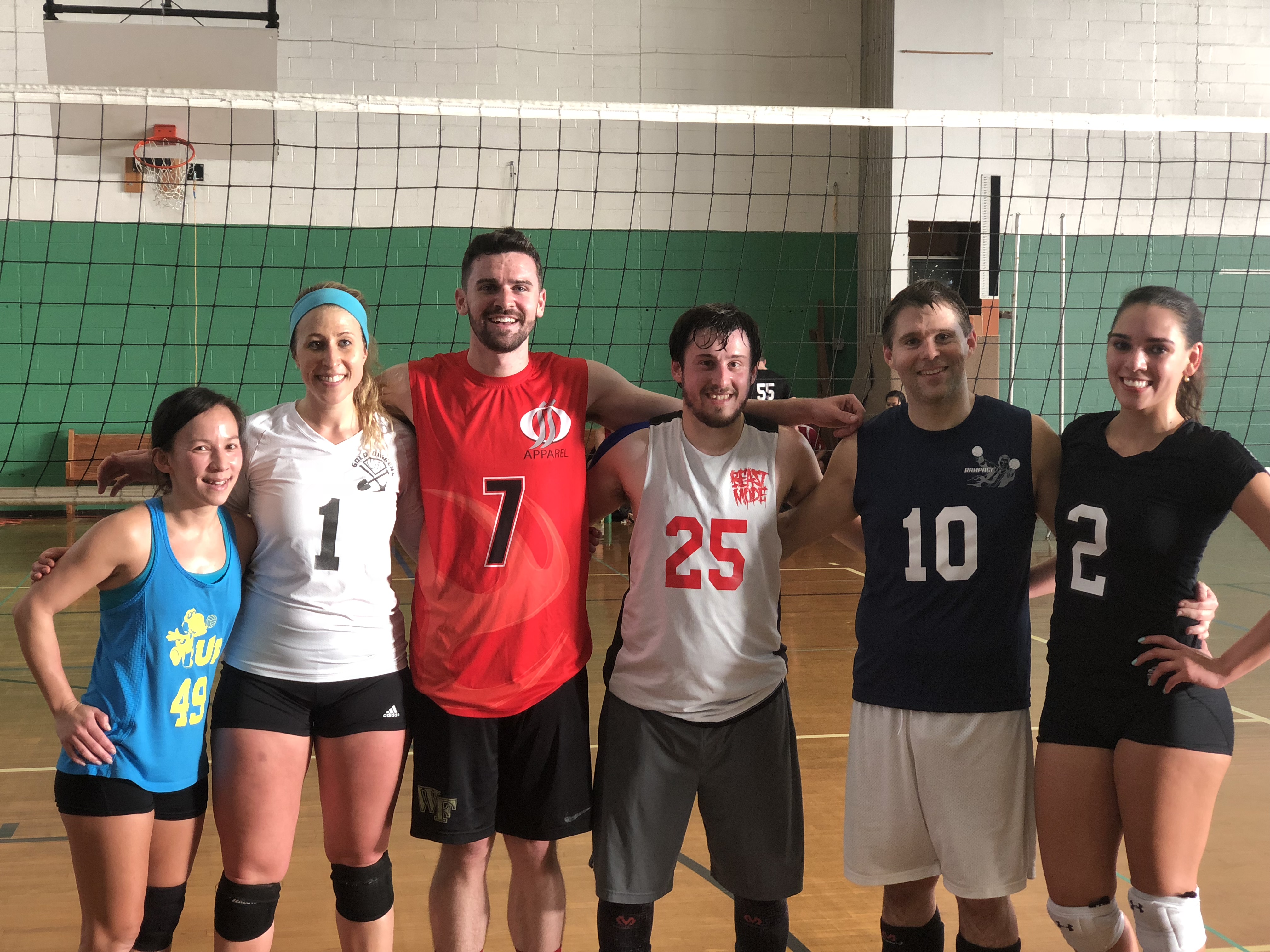 Pretzels & Beer Cheese defeat Team on 3 in the RCO C+ in Clinton on April 22.  The finals were neck and neck until the side change at 15-15, but then Pretzels took over.  Between Andressa and Sammie's dominent front row play, Shayne and Melissa's defensive efforts, all Geoff needed to do was throw the ball up, and Nick needed to serve the ball over and in (which he did in normal dominant fashion). The Pretzels spoiled Team on 3's cinderalla run from 4th seed to the finals.