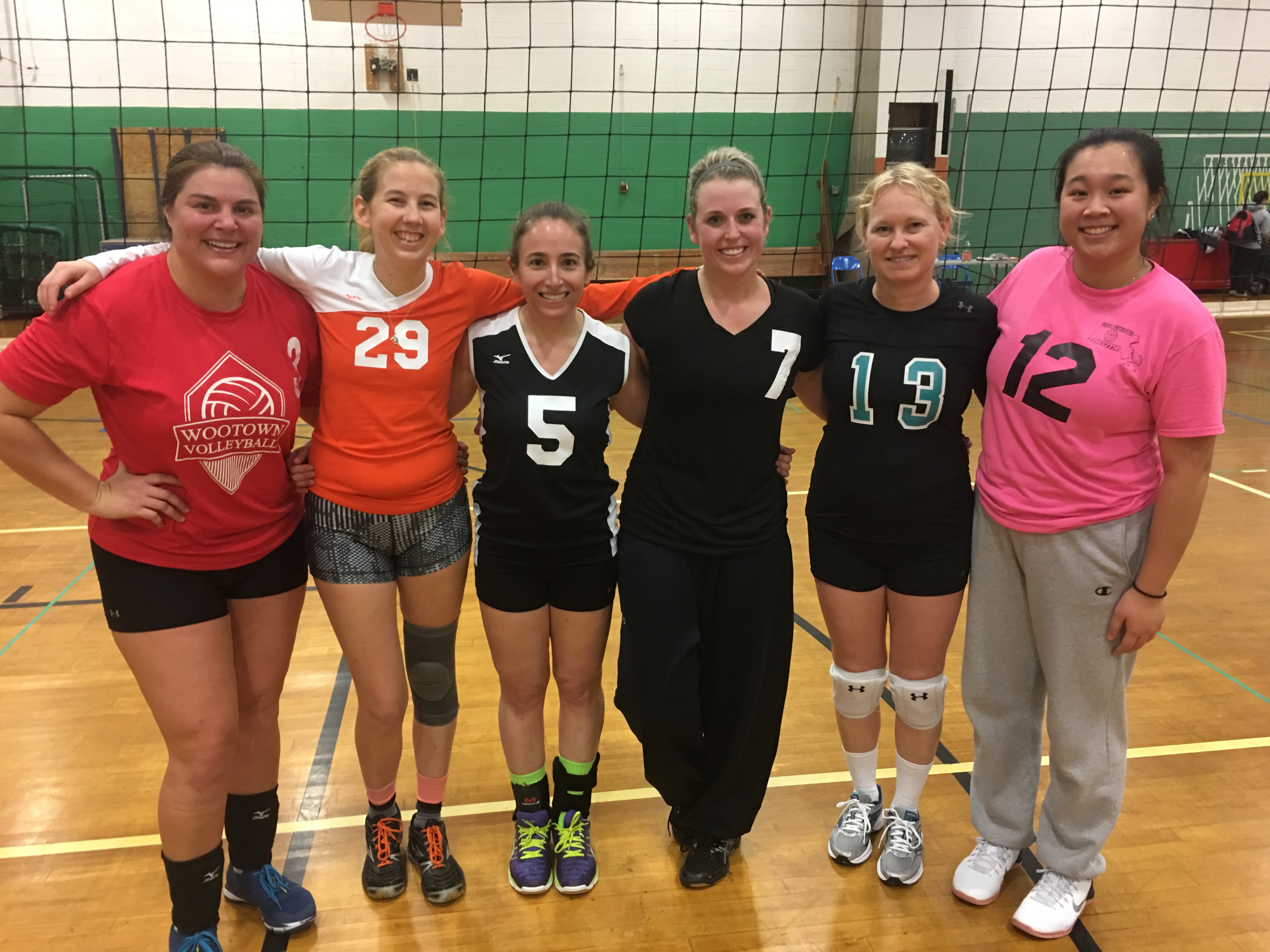 "Our Shenanigans are cheeky and fun"

You may not have heard the crowd's cheer from the sidelines, but it was pretty unavoidable to drown out the excitement of Rachel and rest of the Shenanigans as they beat out the ladies of MIT in this past weekend's Women's C tournament in Clinton.  Both teams went into the finals winning seven games and only dropping two through out the day. A couple of prime numbers for records, could only favor the Engineers. They went into the final match with confidence and poise.  The math majors on the team calculated the point to win/loss ratio along with the standard deviation of matches throughout the day. The probability of the win would be high.  The science majors inferred that as a result of the relative humidity and the lower than normal air pressure the ball movement and velocity would be a bit slower than normal and would therefore favor their hitting, passing and setting styles.  What the team didn’t take into account is the hunger in which the folks of Shenanigans had.  Whether this hunger was fueled by the captain’s “higher than normal” speaking volume, we’ll never know.  We do know that when all was said and done, Shenanigans overtook MIT by a score of 25-21

"Hey Farve, what's the name of that restaurant you like with all the goofy stuff on the wall and the mozzarella sticks??”