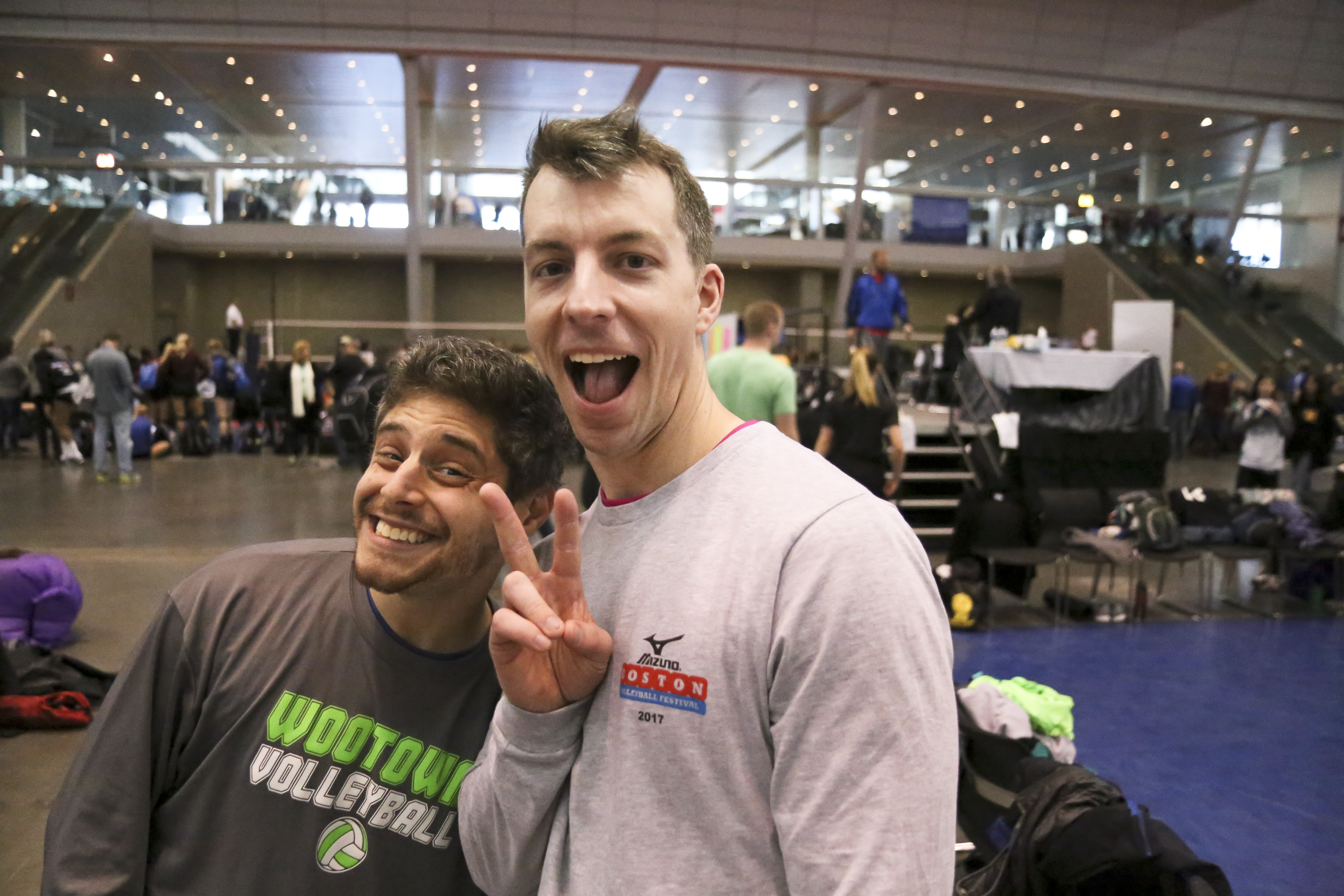 Yankee Volleyball -- From Grassroots to a Model Organization

This year Yankee Volleyball is celebrating its 40th Anniversary as an organization dedicated to helping promote volleyball at a competitive level in New England. Within the past 40 years, Yankee has grown into having a member count of 3,000 going into the 2017 season and it’s expected for that number to keep increasing. This organization has grown into being known as one of the most active regions for adult volleyball in the USA because of the work of many dedicated members and the increasing popularity of the sport.  The way that Yankee volleyball organizes tournaments for adults is unique and has become a model for other regions about how to build their adult programs. Our spring tournament held at the Boston Convention and Events Center is the only large scale co-located Adult and Junior Olympic in the country .

Where did this organization begin? In the 1970s, Yankee was created by a core of dedicated volunteers who were inspired and spearheaded into action by the vision of Marty Avedisian, Otto Gigone, and Don Norris.  Its mission was to promote volleyball for competitive levels that were not well represented by USVBA (known today as USAV).  At that time, most of the tournaments run by the New England regional branch of USVBA (still known as NERVA) were targeted at Open, A, and B level players. Beyond those organized tournaments there were recreational YMCA leagues but nothing organized for the player whose skill level was higher than recreational but lower than USVBA.  A desire for a larger volleyball community grew and a grassroots organization was formed.

In the beginning, USVBA rules did not allow its member to participate in “non-sanctioned” tournaments. As a result, some of the people trying to organize the grassroots level were threatened with the loss of their status within USVBA. However, tournament activity was allowed as long as the Yankee Volleyball Group established a “club” status. With an initial charter member count of 50 and a $2 membership fee, they began to run tournaments. By the end of the 1977-78 season, that number grew to over 200 members, rivaling that of USVBA. Within a few years, the membership numbers grew to almost double that of USVBA.

In the early seasons, Yankee had tournaments at the A and B levels, but less formality that USVBA. It should be noted that the A and B levels were considerably lower skill than those levels are today. Standard rules of uniforms and team composition were relaxed and tournaments were generally by invitation only. The tournament directors were volunteers and each tournament’s rules were subject to change based on the TD. Less than two years after its founding, Yankee had its stream of firsts: Yankee voted to allow women to play in men’s tournaments,  ran its first “Friendship Tournament” (a true Friendship scramble where teams were chosen at random), and organized its first C level tournament.

As Yankee grew the Yankee committee became more of a governing body. It addressed issues that still arise today including such things as preventing higher level players and teams from competing against lower level teams, establishing a way to rate players based on skill in January 1985,  increasing the quality and quantity of tournaments, and the mediation of tournament-related issues. For example, one tournament ran with 70 teams on 5 nets. It was typical that such a tournament would end after midnight.

In September 1986, the Yankee Executive Board approved a proposal to align Yankee with NERVA. Up to this point from they were both separate organizations. For the first four years of the alignment both organizations had their own independent boards and separate finances, but both offered a joint membership to the players. During the 1995-96 season, Yankee and NERVA had a more formal “merger” where Yankee maintained much of its existing structure, but became an integral part of NERVA with regard to the adult membership.

Over the next 20 years Yankee has become a more established organization within the New England community and membership has continued to rise. There is a mix of both beginner level players and much stronger recent college players as well as a wide range of skill levels in between who are playing. Many people view the Yankee Community as a valuable component in their life. There have been many marriages that started by people meeting each other while playing in tournaments (and now their children play in tournaments as well).

Communication of tournament details and trying to have information readily available for each weekend and all of the players was proving to be a challenge. In the early 90s Yankee had a phone system in place where people could call in and dial “1” for this tournament and find a prerecorded message. This was an improvement from the monthly newsletter that was published because these messages could be updated as things would change. However, as technology changes quickly in today’s society the need for something easier and faster was approaching.

In 1995 Yankee made its first website and had its first email address.  Joshua Wachs, a member of the board for a number of years, created the Boston Area Volleyball Players list-serve (B-AVP) to help with the new outlet of communication. Recognizing Boston as being a technology based community he developed an electronic email system which focused on places to play, area tournaments, local happenings, team formation, questions about reffing, and other volleyball related questions. It grew from having about 50 members to currently having over 2200. It helped to develop and field more teams and allowed other outlets for people looking to join teams.

In recent years social media sites such as Facebook have multiple groups relating to volleyball in New England.  Other forms of electronic information have been developed for communication between Yankee Teams. For example for USAV Nationals, Peter Connolly codes a website specifically tracking the New England Teams records and schedules for an easy reference for the ones who travel to play and the ones who don’t participate but want to know how people are doing. Many players now set up their phones to record and live-stream their matches for those not in attendance to watch and enjoy.

For the past two years, Yankee has been able to provide the teams going to Nationals with T-shirts representing the New England region which many people wear. As the tournament progresses and teams still playing on the last day striving for the best possible finish the sea of New England shirts following those teams around cheering and supporting each other cannot be missed.

The torch of the Yankee vision has passed through many dedicated hands on its way to the existing Yankee Board members. Each group of people who run and participate in it want to see the community continue to thrive and expand.